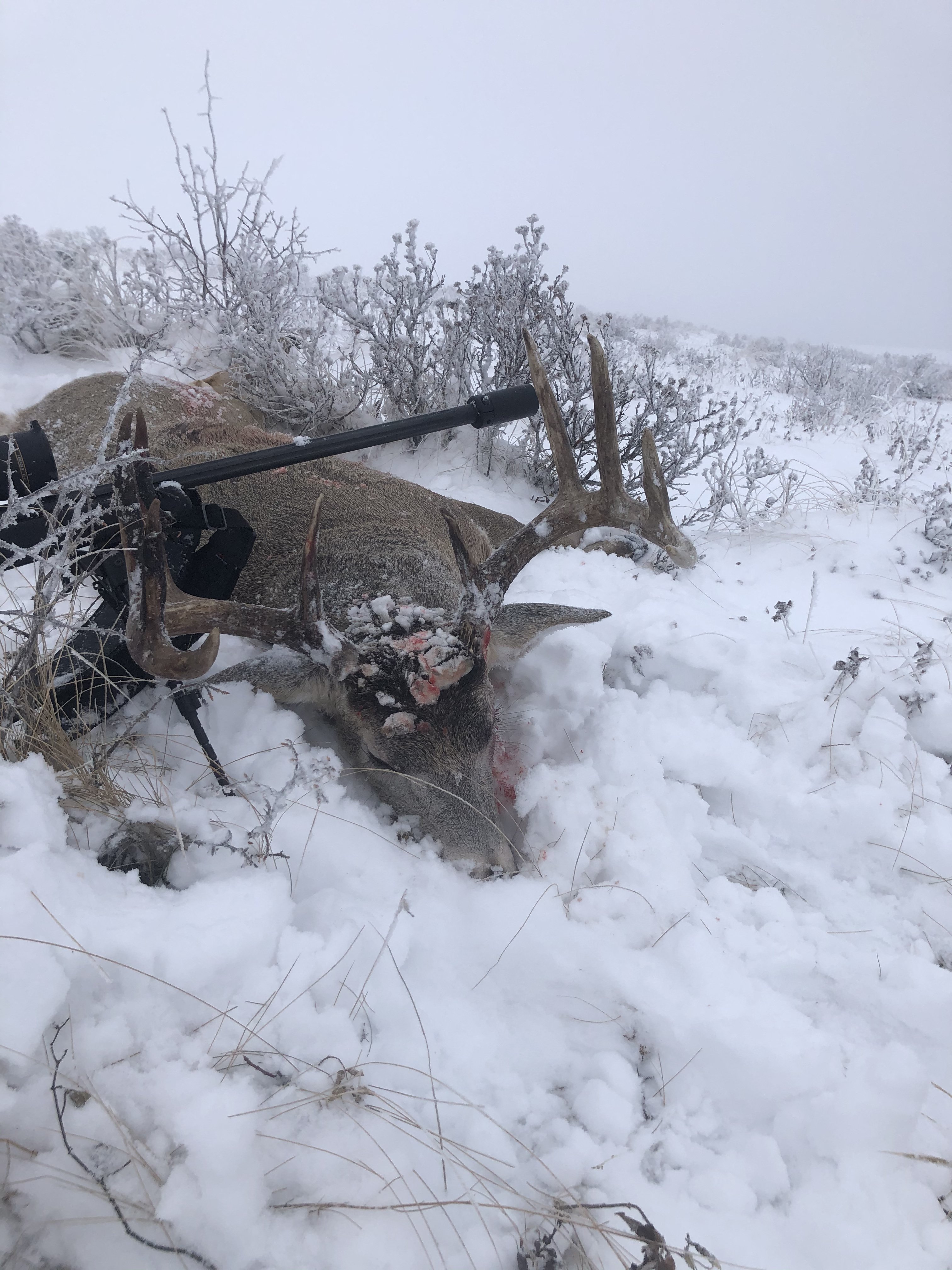 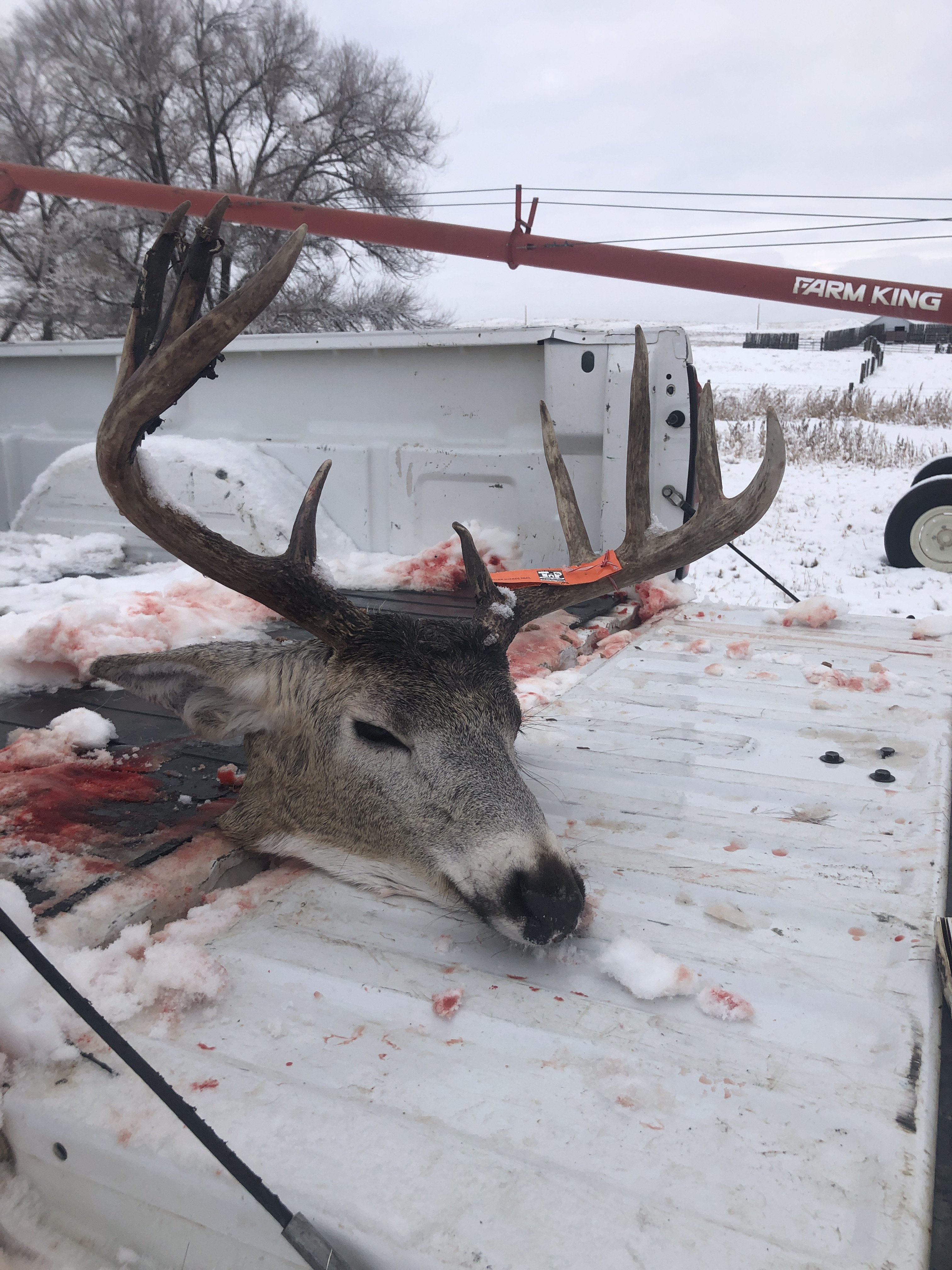 Hiked about 9 miles into a foot traffic only area I was unfamiliar with. Found this brute. Shot him at 620yds with a 143eldx from my 6.5cm. It was a low cloud day with 8” of fresh snow the night before and still lightly snowing periodically. He dropped instantly then sat back after 30-45seconds on his fronts and I shot him again in the neck, dropping him flat.
Then the oddest thing happened.
The smaller buck that had peacefully been trailing him ran over and started goring him. I actually videoed it. He rooted and gored my deer, pushing him about 30 yards through the snow. He didn’t look at me until I was 40 yards away, heading towards him. I think with the type of day it was, he never even heard the shot and when the deer dropped he saw his chance to get him. It was bizarre. 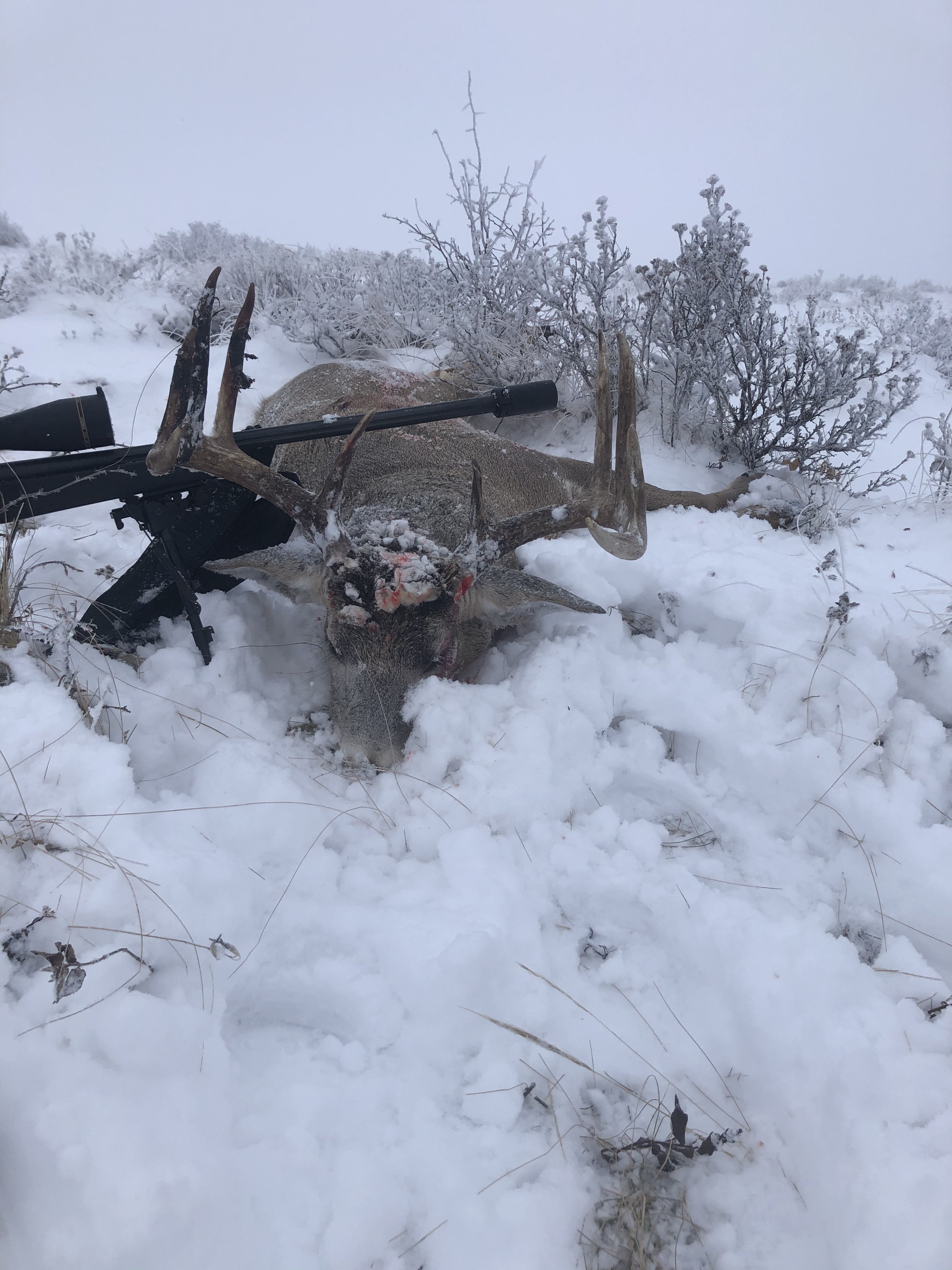 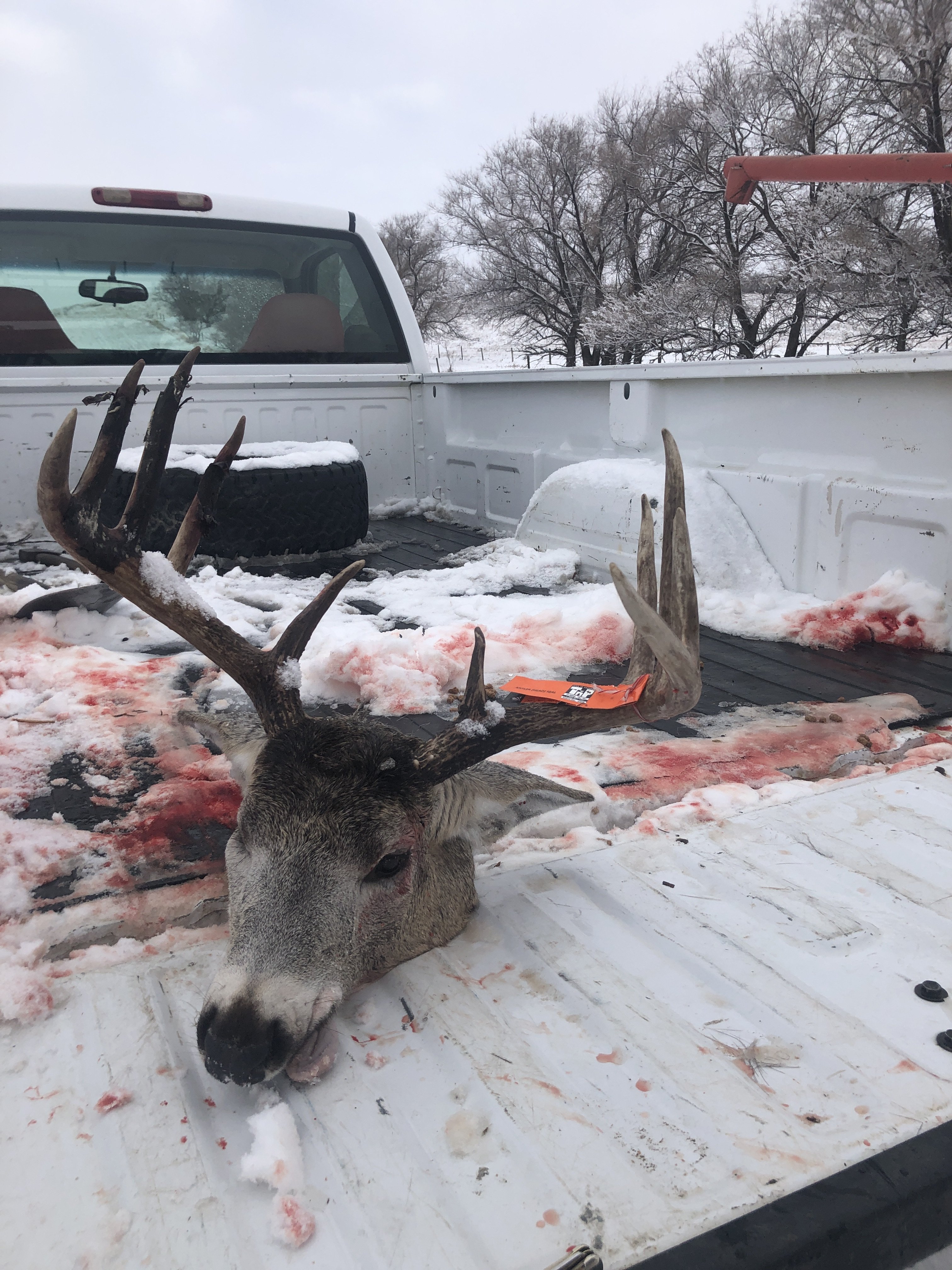 Great Deer. When are you going to take me hunting Buddy Ol Pal???
J

That's a nice buck. I've seen Bison react the same way with other bulls taking a horn at the downed bull.
E

Envious of the West

Awesome buck! I would love to see that video!

Wowser, nice Whitetail buck! That's an interesting story about the smaller buck. Thanks for sharing.

Nice Shooting for sure! Like ‘Envious’ said I’d like to see the video of the smaller buck “righting some wrongs” .

Thanks everyone.
I’m unable to load the video, I just took it with my phone as I walked towards him, but it was something as he would back up and ram my deer. At one point he has his head down so long I wondered if he was locked up. Lol

Congrats on a nice buck.
C