Winchester's .270 WSM Is My Next Rifle Caliber 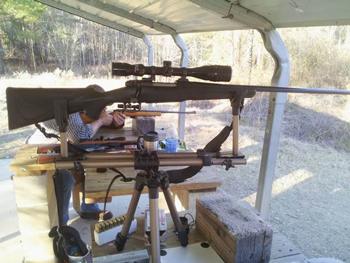 Winchester’s .270 WSM Is My Next Rifle Caliber

I read recently on a hunting blog that there was no need for the Winchester Short Magnum (WSM). I think not! I really have to question this statement. The WSM is no mere commercial wildcat. It is a cartridge whose time has come. We enter the 21st century with advancements in bullet design, smokeless powder, and rifle making. Therefore, the WSM is today’s magnum for the long range hunter. The .270 WSM fills the long neglected gap between the .270 Winchester and the .270 Weatherby Magnum. The .270 caliber has been well established as an excellent caliber for North American big game. Now, the .270 WSM extends the range of the .270 Winchester without the extreme recoil of the .270 Weatherby Magnum.


Jack O’Connor would have appreciated the new .270 WSM. The renowned senior shooting editor of Outdoor Life and one of the most widely followed and significant firearms gun writers of all time, Jack O’Connor spent most of his career popularizing the long-action .270 Winchester. O’Connor regarded it as the best all-round cartridge ever designed for all North American big game and African plains game. The .270 versus .30-06 debate he created still goes on today; however, there is a new .270 in the field.

The WSM .270 contains all of the positive qualities of the original .270 design and much more. In my analysis the .270 WSM is even better than the original .270 Winchester, for the same velocity and energy reasons that Jack O’Connor liked the 270 Winchester. The .270 WSM, as Winchester states, packs 200 fps more velocity and 15 percent more energy than the standard .270 Winchester behind all equivalent-bullet loadings in a half-inch shorter case that will work in a standard-length short-action bolt mechanism. My favorite factory .270 WSM load is the Winchester the Super-X category with 150-grain Power-Point bullets. They produce sub-MOA at 100 yards from a Winchester Model 70 Shadow. The load was developed for deer and hogs. The .270 WSM fills an important void between the .270 Winchester and .270 Weatherby Magnum.

The .270 Winchester is also one of the world’s most popular cartridge calibers, with tens of thousands of rifles and shooters around the globe. Until 2002, the only other commercially load .270 was available only from Weatherby; therefore, the .270 Weatherby Magnum, and the original .270 Winchester remains the only truly non proprietor commercially available .270 big game cartridge. There have never been any other .270 commercial long-action loads, either standard or magnum, and, until 2002, and no commercial .270 short-action loads of any kind. Some fellow shooters have reminded me there is the 6.8SPC which is a .270 built on the AR platform which can be used for varmint to deer. But the 6.8SPC has limitations on big game and long range ability. Therefore, I stand on my statement until 2002 the only commercial .270 big game cartridges are the .270 Winchester and the .270 Weatherby Magnum.
Next page: Winchester's .270 WSM Is My Next Rifle Caliber - 2 >
Reactions: corsair4360