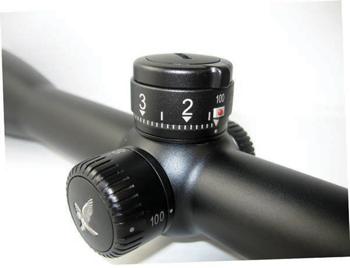 You might have more use for one than you think

When the first laser rangefinders hit the market, it was like a snowball just starting to roll downhill. Little did we know how “knowing the exact yardage” would change the way we hunt and the tools we use.

From the time of the first flintlock until the early 1990s, shooting past 300 yards wasn’t much more than a guess. Even if you got lucky and guessed the yardage just right, and you happened to know exactly how much your bullet would drop at that distance (let’s assume 13 inches), you still had to estimate what 13 inches of hair and air looked like through a 3-9x scope! Even after the laser rangefinder eliminated the need to guess the distance, it took a few years before hunters realized how much inaccuracy was caused by trying to estimate how much to hold over the intended target. When optics manufacturers finally introduced ballistic reticles and ballistic turrets, it was only a matter of a few years before these models became the #1 sellers.

Knowing the Terms
Though there isn’t an official dictionary of terms, I think it’s important to understand the difference between target turrets and ballistic turrets as the terms are used in this article, as well as a few other items.

Target turrets: First of all, target turrets have been around for many years. A target turret is traditionally a very tall turret with external markings in minutes of angle (MOA), which the shooter could adjust to raise or lower the bullet impact. They were called target turrets because they were traditionally only used by target shooters to make fine adjustments during competitions.

Ballistic turret: A ballistic turret is a raised turret as well, sporting a removable cap with markings that are generally in 100-yard increments, making them infinitely simpler, especially under stress.

Ballistic Turrets vs. Ballistic Reticles
We could dedicate an entire article comparing and contrasting ballistic turrets and ballistic reticles, and I don’t know that I would pick a clear winner. However, there are some specific advantages that give the ballistic turret an edge to the western hunter. First of all, once they are properly set up, they are clean and simple to use. Assuming you’re shooting on flat ground, the shooter can simply range-find the target and dial the turret to that distance. Keep in mind that with a ballistic reticle, you’re still forced to hold over/under unless your target happens to be the exact distance of one of your aiming points. Secondly, with the more common second focal plane riflescopes, a ballistic turret will work regardless of the magnification level, whereas a ballistic reticle will only work on one predetermined power.

With these two factors in mind, I personally give the edge to a ballistic turret over a ballistic reticle. Of course, this begs the question of why not both? The only disadvantage of both is the increased level of complexity, requiring a heightened level of understanding. Plus, I've found that if a shooter has even a slight preference to either system, then he will resort to that system every time. It reminds me of the latest model automatic transmissions that have the “manual automatic” option. Drivers clamored for the option, but research has proven that over 98% of drivers use just one of the options.
Next page: Turrets 101 >