Is the 6.5 Grendel a True Long Range Hunting Cartridge? 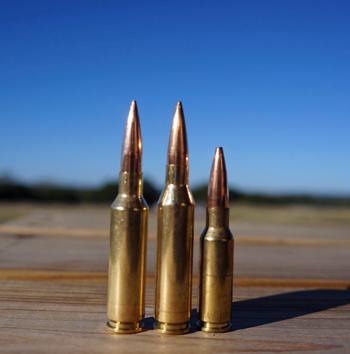 Is the 6.5 Grendel a True Long Range Hunting Cartridge?

There has been a lot written about this round but I just had that urge to try it out myself. This article has been an ongoing project for well over a year and as you read on, you will understand why. The goal of the 6.5 Grendel cartridge was to provide AR15 shooters a round that could be used in that framework that would be more accurate and effective at ranges up to 800 yards. Using the tried and trued 6mm PPC case necked up to 6.5 and tweaked a little, the 6.5 Grendel was born.

There were quite a few shooters and engineers who were involved in the development of this round but Bill Alexander was the one who commercialized the round. Originally just chambered in Alexander Arms rifles, the popularity grew. For those of us who are not fans of the AR platform, the only way to get a bolt action in the 6.5 Grendel was to find an action chambered for the 7.62x39 round and have it re-barreled and chamber to the 6.5 Grendel.

That left me with the option to have a bolt action rifle custom made or use the Thompson Center Encore and get a custom barrel made by Bullberry. I have had a great relationship with the folks at Thompson Center for years but not since S&W took over the brand and moved operations to Massachusetts. I had never had any dealings with Bullberry but I knew they had a great reputation for what they could do with an Encore.

It took a long time to get the frame and stocks from T/C. When they arrived the first thing I noticed was the parts seemed better finished and fit tighter. I ordered the Encore Pro Hunter in blue for no other reason than to be different.

Placing my order from Bullberry was the next step. Over the phone I ordered a 24 inch barrel with a 1-9” twist, drilled and tapped for their 20 MOA scope base, which was installed. Since they use a hanger system, they highly suggested I order their Rynite forearm to fit the hanger. While I was at it, I requested a 2-2 1/4 pound trigger job. After I sent in the frame and put down a deposit, all I had to do was wait. The rifle showed up well before the scheduled date.

As I assembled the rifle for the first time I noticed the action was tighter than my previous dealings with the Encore. I mounted a 4x16 Vortex Viper on the 20MOA base. I have found the Viper to be a very good mid range priced hunting scope and perfect for this test.

To sight it in I chose the ammunition from Alexander Arms loaded with a 123 Lapua Scenar bullet. The first five rounds clocked in at 2615 fps on the average. Five round groups were fired after that and they all averaged barely less than 1 MOA. This may be acceptable for some rifle-ammunition combinations but not for my expectations.

Next up was the ammunition from Hornady, who was the first to commercially make this ammunition in the United States. The 123gr. AMAX round was up first. My Labradar clocked it at 2605 fps. The five shot groups averaged .52” MOA. Now I was getting somewhere. During testing I shot over two boxes of this round. I did have some three shot groups that were under .50” MOA with the five shot groups opening up slightly. This may have been the shooter (me) or the Encore.

One reason long range shooters do not use break open actions is that once fired, the rifle has to be broken open to unload and reload. This changes how and where the rifle sits on the front rest. If you want the best accuracy, do your best to place the rifle exactly the same way each time fired and do not pick up the rifle off the rest until you are finished. Also, never rest the rifle on the barrel when shooting, such as on a Bog Pod.

Next up was the 123gr. SST which is one of my favorite bullets for whitetail deer. The round was a hair slower than the rest with an average velocity of 2575 fps. Five shot groups averaged .58” MOA. Again some three shot groups were right at .50” MOA but the best five shot group was .55” MOA.

That was all the commercial ammunition I could get at the time so I sat down at Forster press and made twenty of my own. I used a 120 gr. Nosler BT over 30 grs. of RL-15 with a CCI primer. This load was 98% of maximum capacity. Water capacity of the Hornady case is 30grs. The average velocity was 2511 fps. Five shot groups averaged .58 MOA also. The best three shot group was .51 MOA.

Some may be asking why I used average size groups. This break open rifle is far different when shooting for accuracy than a bolt action; I felt that with all the variables, an average group would best represent the rifle’s ability. Plus, five shot groups really show how a rifle, ammunition and sometimes the shooter can perform. I have included a photo of the best five shot group shot during testing using the 123gr. AMAX.


Now we know how well the rifle shoots, but that does not answer the original question. If you look at the fastest round, the 123gr Lapua, at 300 yards the bullet drop is -15.3 inches and the energy is 1246 FT/LB. At 500 yards the energy drops below 1000 to 932 FT/LB. Over the years some hunting enthusiasts have said that a hunting round needs at least 1000 FT/LB of energy to take ethically take big game. I have seen deer taken by poachers with a .22LR. I believe bullet placement is the most important thing when taking big game ethically.

After all this testing and shooting I believe the 6.5 Grendel, with a proper hunting bullet, is good for deer size animals at ranges up to 400 yards. As far as accuracy I believe this rifle is capable of consistent sub .50 MOA with fine tuned loads.

The Encore Pro Hunter is a versatile hunting rifle. It is probably the most versatile rifle on the market capable of using .22LR, center fire, shotgun and black powder barrels. Plus it breaks down for easy transportation.


After twenty-five years with a major law enforcement agency, John Johnston retired to the hill country of central Texas. His law enforcement career was diverse with assignments with the tactical/motorcycle unit, patrol, and criminal investigation. After retiring, writing became his calling. He started with a newspaper column which, he still writes and then moved up to major magazines in the area of shooting and hunting. He is known for his unbiased product testing and evaluations. Having a full size range from 25-450 yards next to his home was his dream come true. 2010 marks his fiftieth anniversary in the hunting, shooting and reloading sports. You will notice his writing style is quite relaxed and he prefers to write like he is speaking to you around a camp fire. John welcomes questions and comments whether good or bad. You can reach John at [email protected].
Reactions: jasonco and GFO127