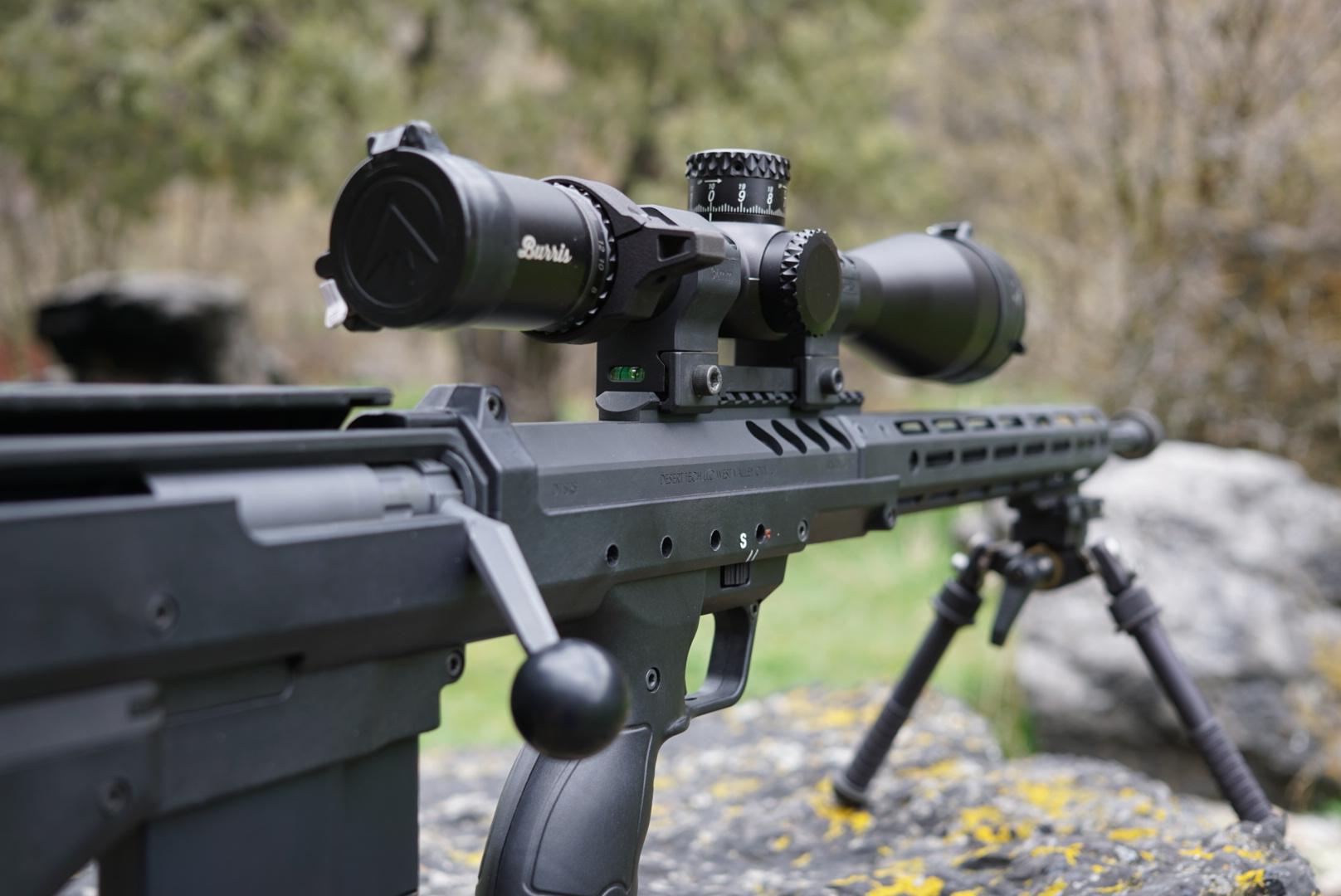 My Introduction to the SRS

I was first introduced to the SRS back in 2015 when a local shooter showed up to the gun range with one. It was one of the most unique looking rifles I had ever seen and looked like something out of a science fiction movie with its tactical inspired design and short, but bulky, profile. The owner of the rifle was nice enough to let me fire a few rounds through it and I was quickly enamored as I pounded the distant steel with relative ease.

As fortune would have it, we struck up a quick friendship and he invited me to attend a PRS style team shoot with him. At the time I did not have a proper “match” rifle, so he agreed to share the SRS with me. I had never attended a formal shooting competition before but was super excited to be shooting a top tier rifle. The competition brought in over 25 teams from the local area and I was a little nervous that my unfamiliarity with the rifle would cost us too many points to be competitive. As is it turned out, I took to the rifle like a pig to mud and we ended up taking second place! 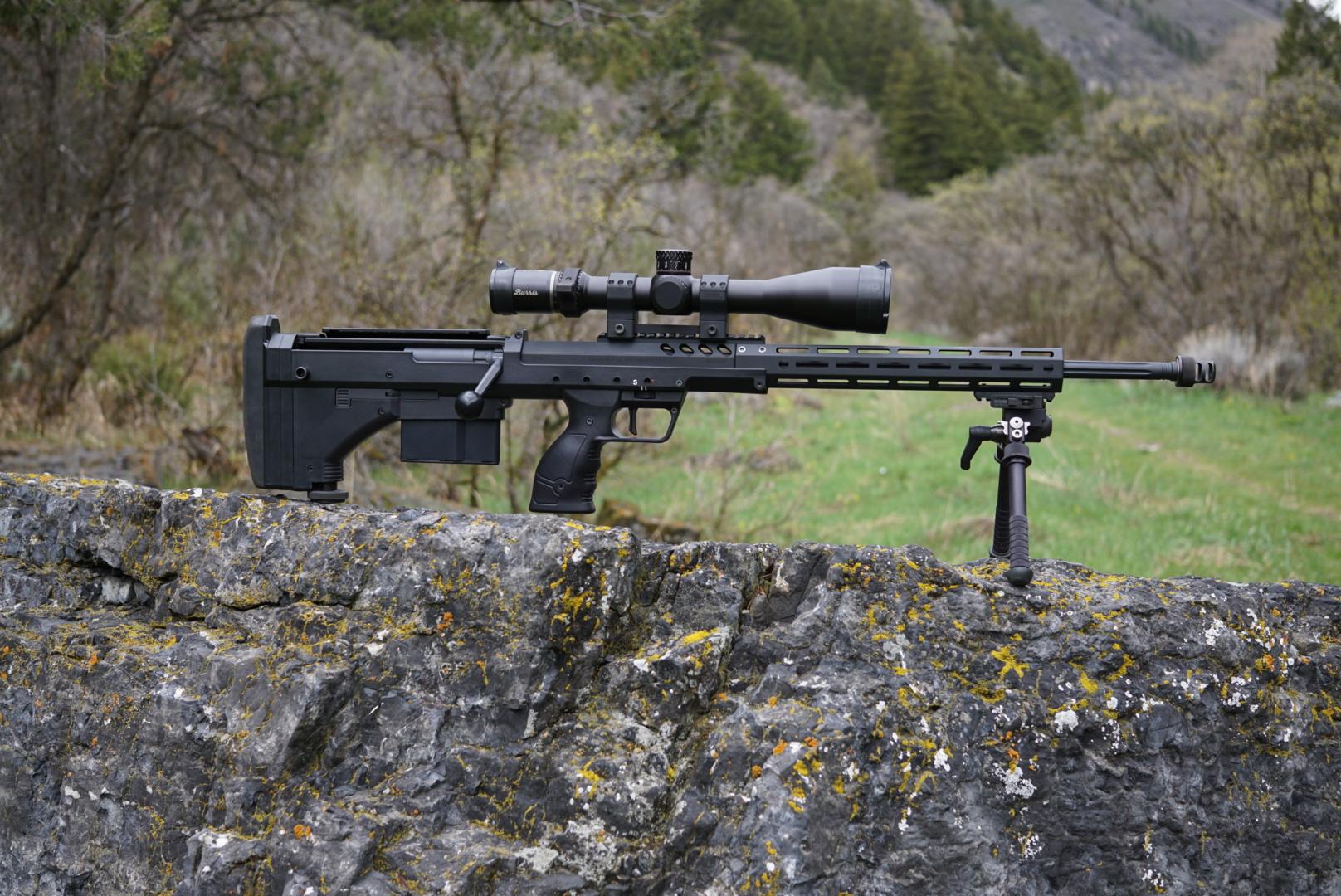 Figure 1. Desert Tech SRS A2​
Shooting the field style competition gave me an opportunity to see just how well the rifle handled in compromised positions and how rock solid it could be from prone. I immediately started looking at making the SRS my dedicated hunting rifle platform. However, the original SRS was heavy, and I just could not justify carrying a rifle around that would finish out over 16 pounds. Fast forward a few years and Desert Tech has continued to innovate on the SRS platform and recently released the SRS-A2 which weighs over 2 pounds less than the SRS-A1.

The SRS-A2 is offered in cartridges from 6.5 Creedmoor to 338 Lapua and even includes ultralight barrels in 6.5 Creedmoor, 300 RUM, 300 Win and 7mm Rem Mag targeted specifically at hunters. The rifle provided for this review included the 26” 7mm Remington Magnum hunter conversion kit, a Desert Tech 1-piece scope mount and 40 rounds of HSM factory ammunition loaded with 180 grain Bergers.

The first thing I did when I get the rifle home was mount up a Burris XTR3 and compare the whole setup to my current hunting rig. My hunting rifle is built off a medium length Lone Peak action with a 24” barrel, a McMillan Adjustable Game Warden stock and is topped off with a Kahles K624i scope. As you can see in Figure 2, despite my rifle only having a 24” barrel it is still a whopping 7” longer than the SRS. If the two rifles had the same length barrel, the SRS would come in a full 9” shorter. That length savings is not trivial. Carrying a rifle that is substantially shorter makes handling in tight quarters much easier and greatly reduces the risk of getting the rifle hung up in trees and brush when strapped to the side of a backpack. The short overall length combined with a full-length barrel provides a unique advantage to hunters that should not be ignored. 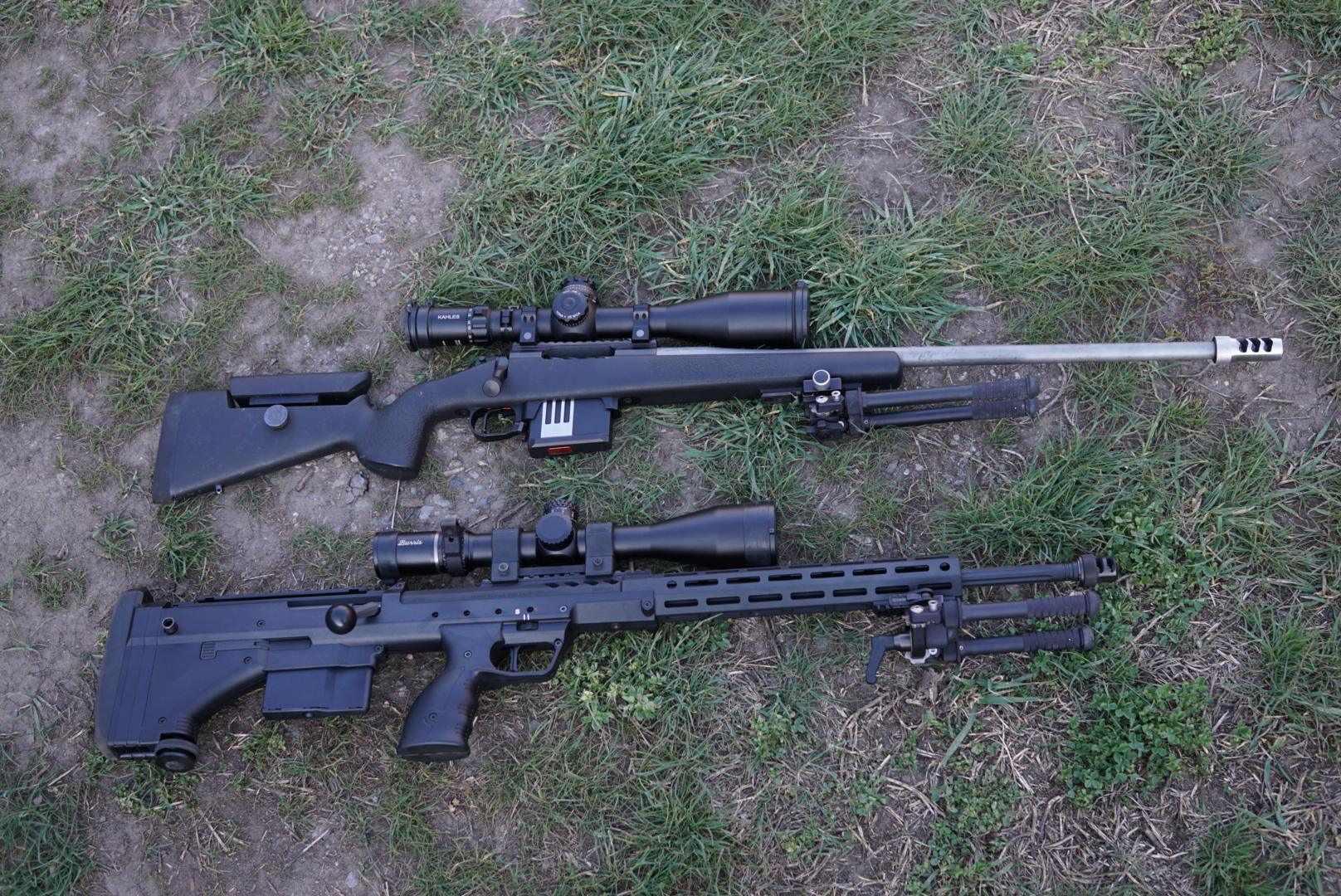 Figure 2. Desert Tech SRS A2 vs. Traditional Long-Range Rifle​
While the SRS A2 with the 7mm conversion kit is listed at 8.3 pounds my sample came in heavier at 9.75 pounds. Fully set up with the XT3 and an Atlas CAL bipod the rifle finishes out at 13 lbs and 6 oz which makes it just 6 oz heavier than the 7 SAUM we compared it to earlier. While this isn’t a featherweight rifle you’d want to take sheep hunting, it’s a very common rifle weight for dedicated long-range hunting rifles.

The SRS is a bullpup bolt action platform that places the bolt behind the fire control group and is what allows the rifle to be so short. The bolt handle is located slightly behind the trigger and it is big and easy to grab. It does not have the refined feel of many custom bolt actions but instead it feels more like a heavy-duty piece of machinery that deserves to be run hard. The motion to operate the bolt looks like it would be foreign, but I found it quite easy to do and muscle memory seemed to pick it up just as if it were a normal bolt. However, the action port is obviously much further back on the rifle than a normal bolt action so single loading shells felt very strange to me. I also found that if single loading shells, I needed to help push them forward into the chamber a little bit before closing the bolt. I have no doubt single feeding would become second nature after spending more time with the rifle. 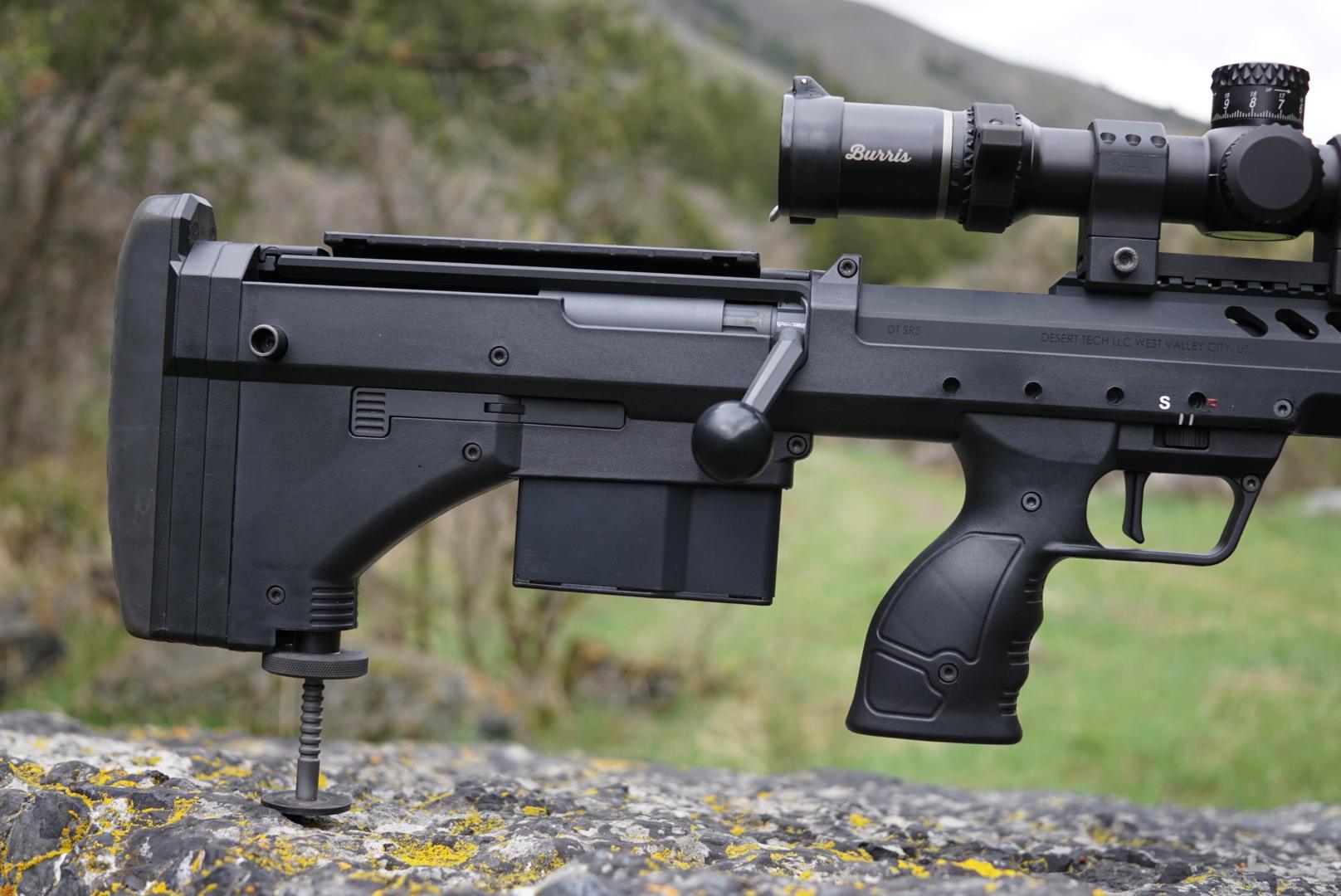 Figure 3. Bullpup design places the bolt and magazine behind the trigger.​
Traditionally bullpup firearms have suffered from terrible triggers, but this trigger is listed as being adjustable from 1.5-7 pounds. My sample would only adjust down to around 2.5 pounds but had minimal creep and broke cleanly with a fair bit of overtravel. I would hunt with this trigger every single season for the rest of my life and never feel it was hindering me from making a good shot on an animal in the field.

The rear of the rifle features an adjustable length of pull via plastic spacers. These spacers are easily added or subtracted without the use of tools. An adjustable check piece allows the user to get the proper cheek weld for their optic setup and is locked in place with a set screw.

At the bottom of the chassis the user will find a built-in monopod. The monopod is spring-loaded and by depressing the large wheel the monopod will shoot out, like the legs on a Harris bipod. Small length adjustments can be made by turning the larger wheel in or out to the desired height. To retract the monopod the user simply depresses the wheel and holds it while pushing the monopod back into the chassis. I found the monopod to be one of the nicest features of the rifle as it allowed for lightning fast shot set up. As the monopod gets taller it obviously gets less stable, so I would often use a rear bag in conjunction with the monopod if the back of the rifle were very high off the ground.

The fore end of the rifle features an M-lock handguard. It came with a swivel stud adapter mounted near the front, but I swapped that out for a picatinny rail that is compatible with my Atlas bipods. Users can swap handguards to something different if they prefer but I did not have any complaints with what was provided from the factory. 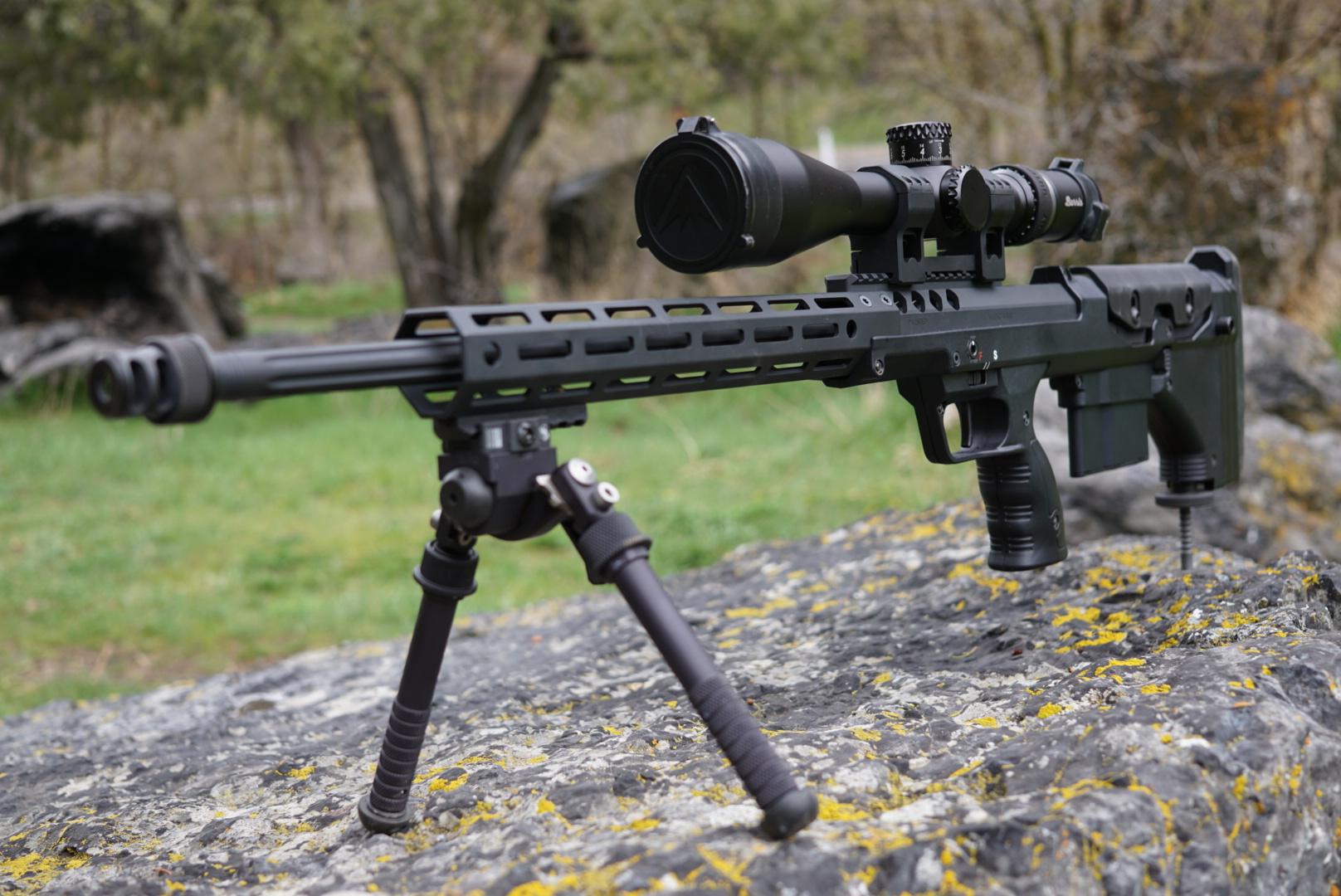 The internal length of the magazine measures approximately 3.9” and will allow the user to run big heavy bullets without infringing on case capacity. While I did not have a chance to run hundreds of rounds through the rifle, the magazine worked flawlessly in the winter cold and in the more temperate spring temperatures as well. Conducting fast magazine swaps is something that will likely require some practice as the location of the magazine well is just not in the “normal” position. The magazine can be released from either side of the chassis and both locations of the release buttons feel good.

One of my very favorite features of the SRS A2 is the ability to quick change barrels with just a single 5mm hex bit and a torque wrench. The barrels are held in place in the aluminum chassis via 4 screws that clamp down on the barrel shank. To remove the barrel, you will first need to remove the bolt and then loosen the 4 clamping screws on the right side of the chassis; each screw only needs to be loosened a single rotation. Then turn the “lock/unlock” screw on the left side of the chassis to the “unlock” position and the user can then pull the barrel out the front of the chassis with just their bare hands. To replace the barrel, the user simply slides the barrel back down into the chassis with the small cutout on the barrel extension at the 6 o’clock position, inserts the bolt and locks it into battery inside the barrel, tightens the 4 clamping screws to the recommended torque, and finally turns the lock/unlock screw back to the lock position. The whole procedure can be done in about a minute! This easy barrel swap allows for super-fast cartridge swaps in the field and the user can go from a 223 (custom conversion available from Short Action Customs) to a 338 Lapua in just minutes. When changing cartridge families, it is just important that the user select the correct bolt and change the magazine as required. 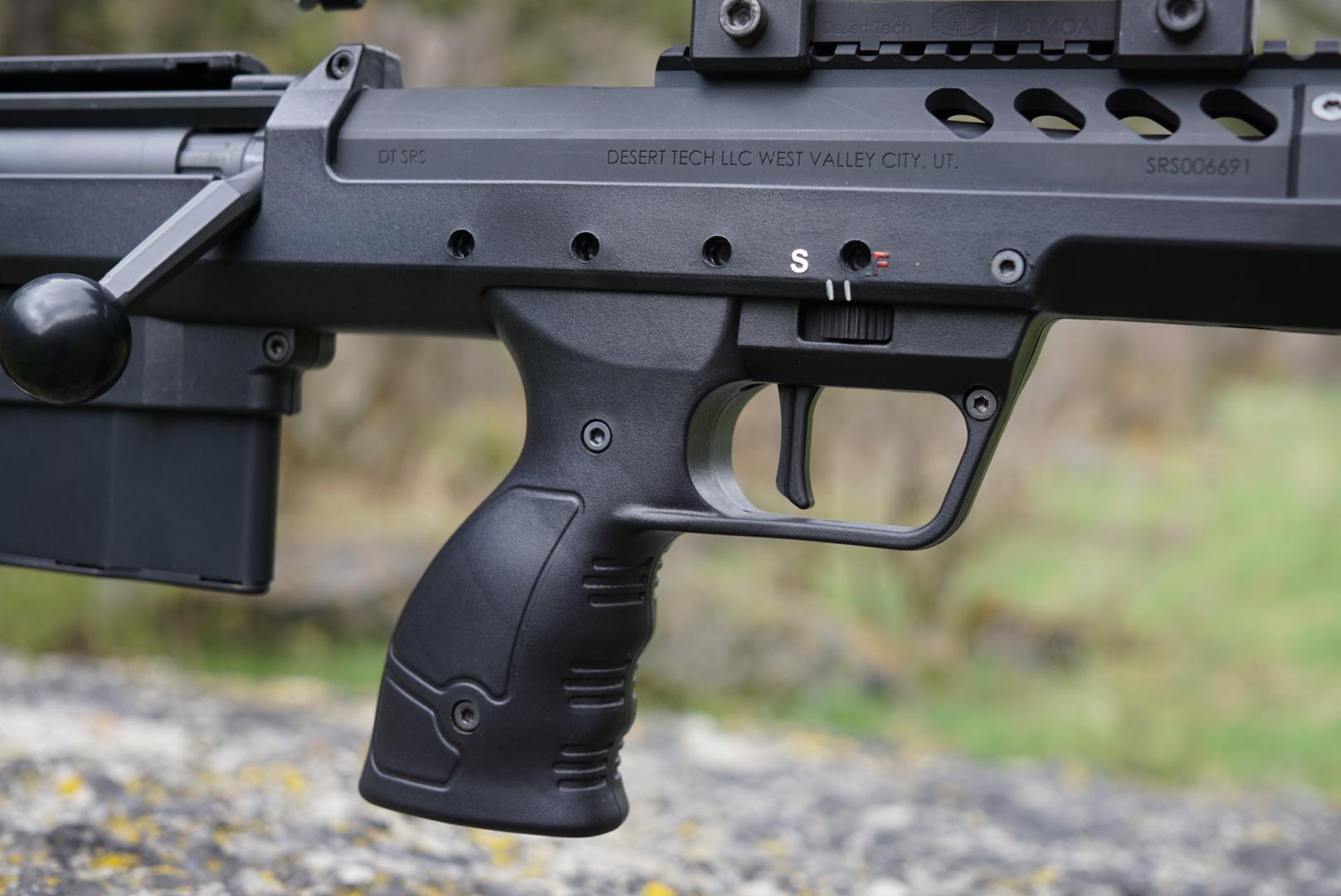 Figure 5. Four locking screws above the trigger provide the clamping force to hold the barrel in the chassis​
Precision

Despite all the amazing features the SRS offers, it was not going to interest me unless it shot well. Desert Teach claims the rifles are capable of ½ MOA precision and with the factory ammo provided for this review the rifle averaged 0.6 MOA. I have no doubt that with more experimentation I could have found a factory load to drop down to true 0.5 MOA precision.

To really get the most precision out of a rifle it is best to develop a custom load for each application. Due to component shortages I was not able to do a full load workup for the rifle, but I decided to throw a few different loads together using H1000 and a 180 grain Hornady ELDM to see if it showed any potential. The rifle absolutely loved that combo shooting groups of 0.35, 0.42, and 0.51 MOA at 100 yards. The ½ MOA guarantee was realized with essentially zero effort. 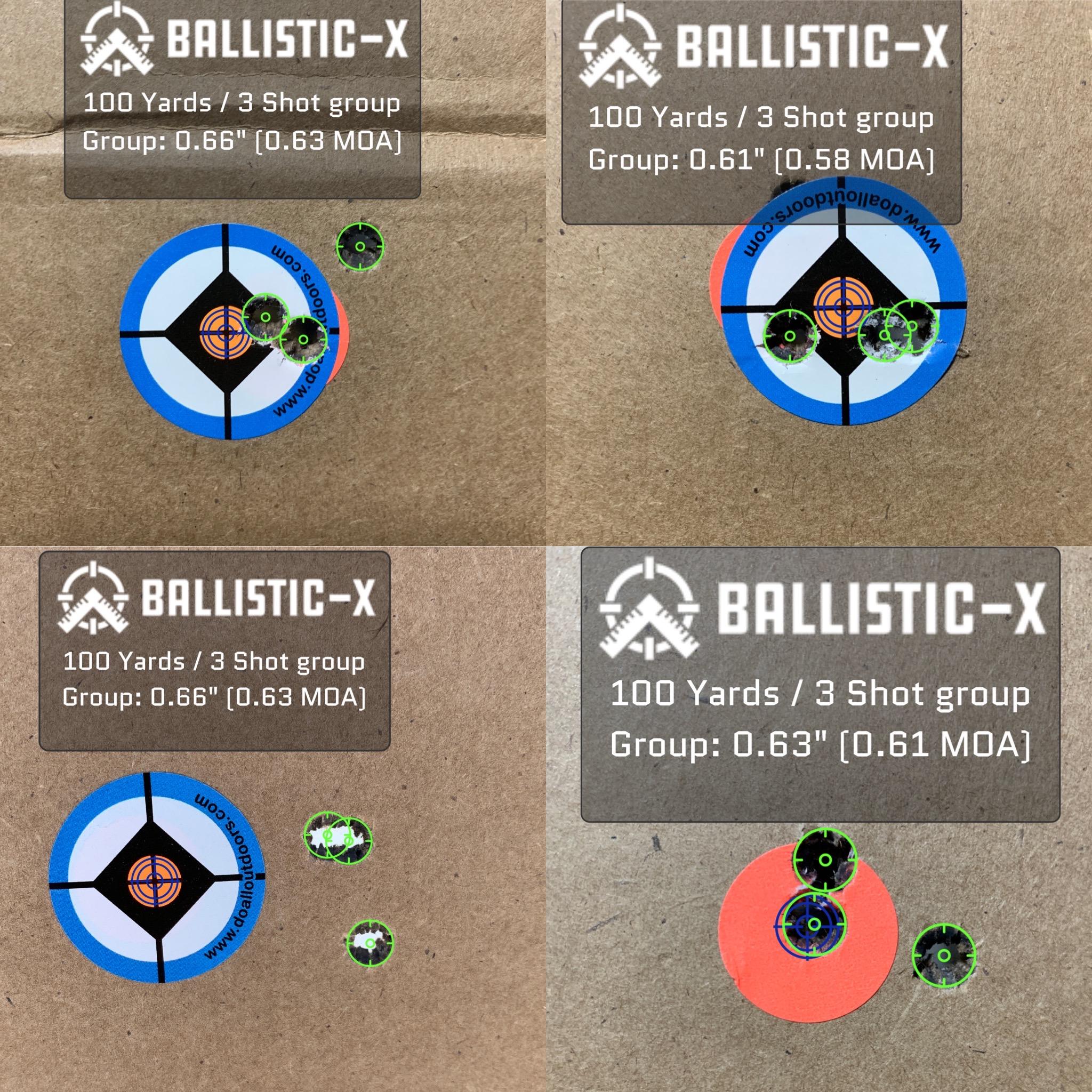 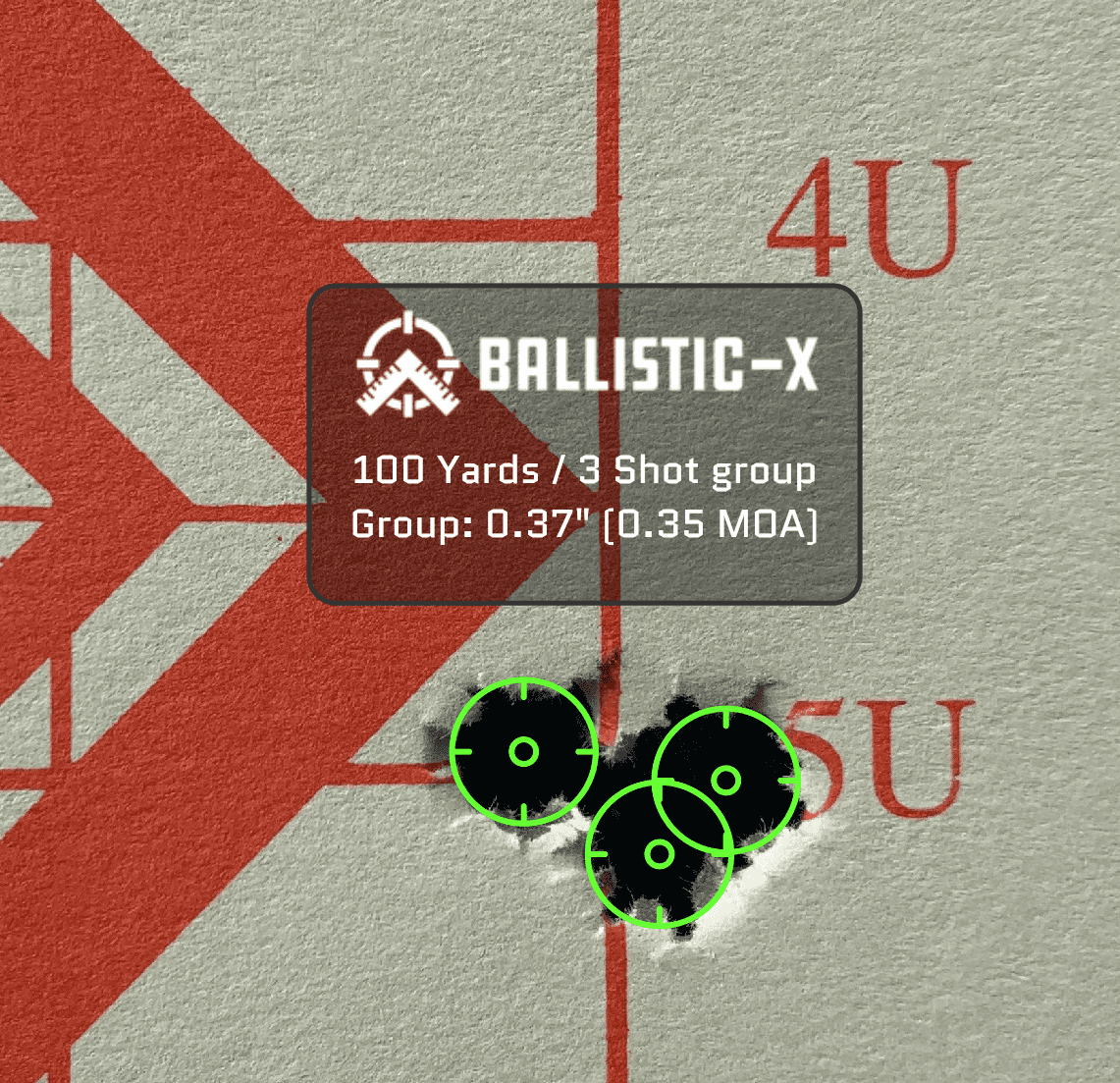 Since I already knew the rifle could shoot precise groups, I was truly interested to see if it could maintain an accurate zero while swapping barrels. I followed the procedure to remove and reinstall the barrel and then shot a round. I repeated the process until I had a four shot group that measured 0.85 MOA. The group had shifted slightly to the right of the original zero but I feel this may have been due to the 65 in*lb torque wrench I used instead of the recommended 80 in*lbs. I repeated the test a second time for another 4 shots and had a ¾ MOA group that fell in line nicely with the last shots of the previous group. To shoot a 4-shot group that measures 0.75 MOA after removing the barrel between every shot was nothing short of impressive and I feel the rifle lived up to its claim. 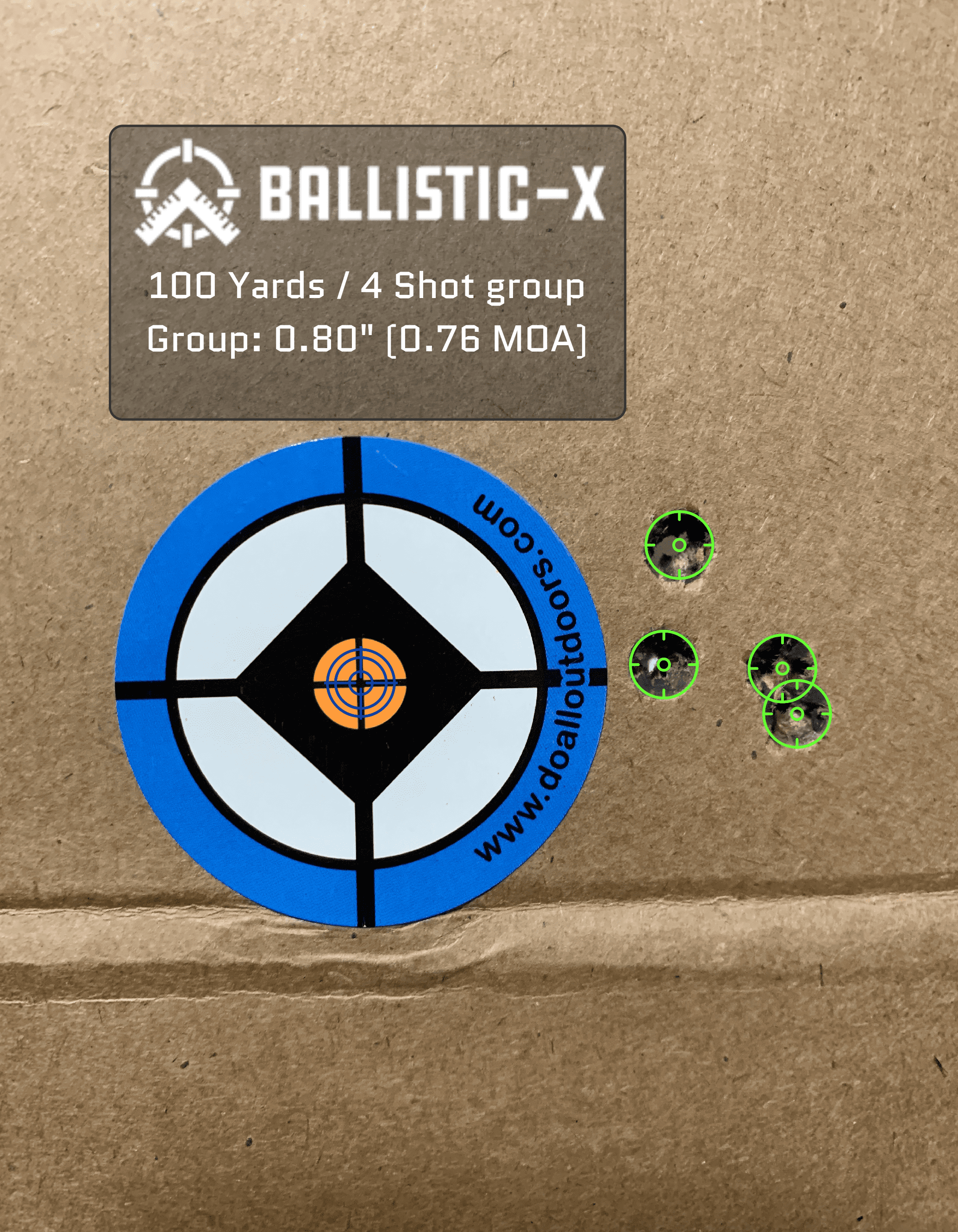 Figure 8. 4 shot group with the barrel removed between each shot​
Conclusion

While not a featherweight rifle, the Desert Tech SRS A2 offers a lot of features and accuracy in a rifle that still maintains a reasonable weight. The benefits of the short overall length are numerous and the ability to swap barrels and calibers with a single torque wrench is truly innovative. For someone looking to get a very unique rifle that is well suited for long range hunting it is worth checking out.
Reactions: JTComfort, Frog4aday, MerlinMc and 2 others

Great review. Love your detail. Might be nice to have some subjective sense of the amount of kick you experienced, and perhaps a mention of the (high) price point for a DT.
Reactions: Browninglover1
What an innovative approach. I mostly like the compact length and the barrel swap capability. Maybe a composite stock could pull off some weight. Definitely innovative.
Read more…